Creating a Lent menu that will hook customers

Create a seafood menu that satisfies appetites this season and all year long.
Culinary Ideas 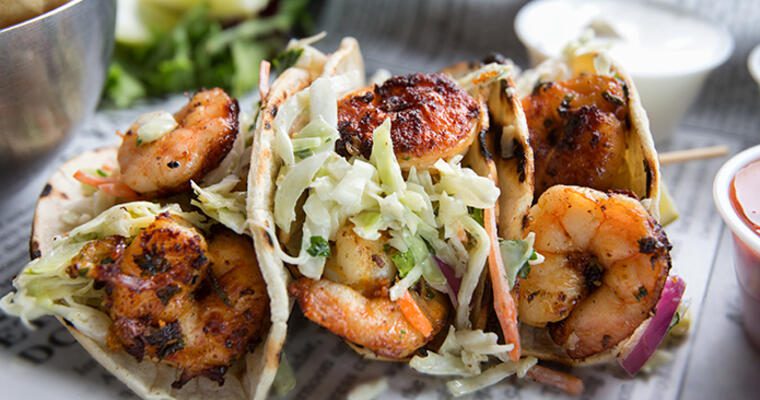 Is Ash Wednesday circled on your calendar? It should be. That day marks the start of Lent, and it’s a season that can jumpstart the slower period after the December holiday rush.

Now is the time to start planning for Lent. A survey by Lifeway Research found 24% percent of consumers observe Lent. And if the Lenten season is an indicator of things to come, then get ready, because fish and seafood were consumed 5% more often during Lent than other times of the year, according to The NPD Group.

Because observing Lent is a priority for customers, a well thought out plan is important. Seafood sandwiches, fried fish, fish and chips, and shrimp dishes are customer favorites, according to Technomic Inc. These Lent staples may serve you well. But during this time, when diners are committed to eating seafood (especially on Fridays) as part of their Lenten observance, it’s a prime opportunity to expand the seafood menu. From Ash Wednesday until Easter, you want to offer customers seafood entrées they will look forward to during Lent and ask for again at other times of the year.

Shrimp and salmon are the leading fish dishes, according to the National Fisheries Institute. That’s likely because of their familiarity and health benefits. But there are other fish varieties, preparation techniques and cooking methods that appeal to customers during Lent and beyond.

Lent has everyone thinking fish, especially on Fridays. Standing out from the rest means offering options that go beyond the traditional fish baskets. Trident Seafoods suggests a number of inspirations that raise the fish and chips game:

Breading, battering or crusting are popular preparation methods for fish and seafood. However, healthier preparations, such as baking, steaming or grilling also are popular and shouldn’t be overlooked. Taking a page from the aggressive cooking styles favored on veg-centric menus, glazed, pan-seared, sautéed, wood-grilled and smoked seafood can be a point of differentiation for your Lent menu.

Lent can also be a time to think outside the fish basket. Diners looking for alternatives during Lent can help determine lasting menu popularity. Try adding shrimp to pasta and rice dishes, soups, salads or sandwiches. And don’t overlook indulgent classics like lobster, scallops, mussels, clams and oysters. Although these items aren’t seen as often on menus, fresh preparations like cioppino, a seafood boil, clambake or crab beignets may appeal to diners during Lent and beyond.

Whatever seafood selections you serve during Lent, don’t treat promoting them like an afterthought, or you could leave money on the table. Inc.com reports that seafood sales surge more than 20% during Lent and up to 50% on Lenten Fridays.

Lent can bring a lot of opportunities for operators. Make the most of it by doing your prep and planning now. You’ll appeal to a multitude of customers—those observing Lent, those sticking to their New Year’s resolutions and those craving fresh flavors coming off the indulgent holiday season—and set yourself up for other spring celebrations, including Valentine’s Day, Easter and Mother’s Day.

Use these fish and seafood recipes as inspiration for the Lent menu.