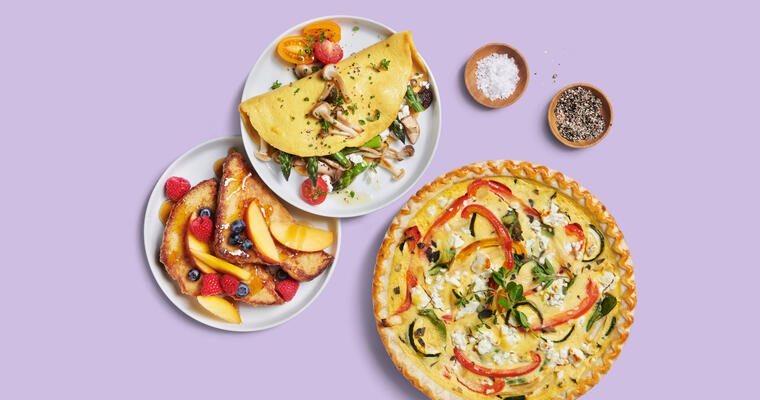 The popularity of plant-based patties and other meat alternatives has soared in the past couple of years, and people are starting to ask what’s next? One answer is Zero Egg, an egg alternative made from plants.

Zero Egg may be the plant-based version of the ordinary egg, but don’t think it isn’t all it’s cracked up to be. It looks, tastes and functions just like an ordinary egg. It can be used to make omelets, baked goods, pasta and sauces—just about anything a shell egg can do.

“We’re working to transform the industry by not only making plant-based food more accessible but the norm,” said Liron Nimrodi, CEO and co-founder of Zero Egg. “Designed with a clean taste and a texture to be used in a wide variety of dishes where eggs are traditionally used, Zero Egg offers increased flexibility and affordability.”

It started with plant-based burgers. People expecting another veggie burger were surprised by the flavor, texture and quality of burgers. Then came plant-based foods like chicken strips, sausage links and seafood. The center of the plate was pretty well covered.

But the menu is so much bigger, and the appetite for plant-based and flexitarian diets has grown more mainstream. According to Datassential, vegetarians are not leading the charge. Instead, it’s meat eaters looking to reduce their red-meat intake in favor of vegetables, grains, fruits and plant-based proteins. Plant-based innovation and consumer demand is now moving into breakfast favorites and baked goods.

Finding a home on the menu

Zero Egg fits the demand. Customers who value the better nutritional content and animal welfare advantages of other plant-based foods will appreciate the same attributes in Zero Egg. They’re vegan, sustainable and perform the same as ordinary eggs, giving consumers the flavor they crave and the eating experience that makes them feel good.

For operators, Zero Egg is cost effective. It saves the labor and waste of cracking fresh eggs, cuts cooler storage space needs, and even reduces the amount of oil needed in recipes.

It’s a win-win-win. Good for the operation. Good for culinary versatility. Good for consumers hungry for more plant-based menu options.