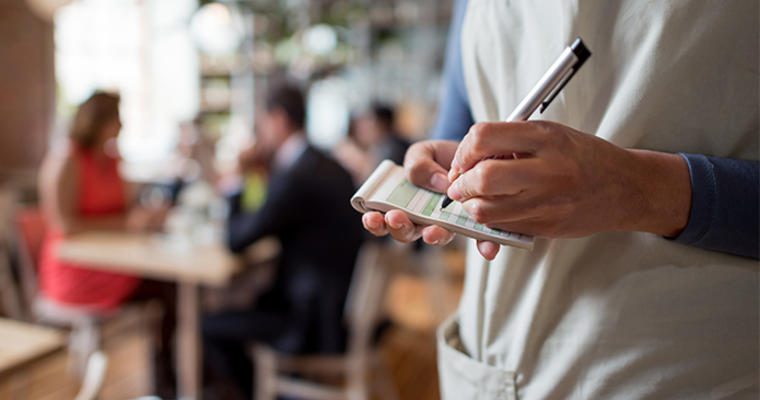 Minimum wages are rising across the country, with well over a dozen states, plus many cities increasing minimum wages over the past few years. As those changes are implemented, restaurant owners find they must make significant adjustments to how they run their businesses to remain profitable.

At the same time, some of these restaurants have been able to reduce menu prices due to reduced labor in the counter service format. The downside is that there are fewer jobs available to restaurant workers as owners need fewer front-of-house workers.

At some restaurants, cooks serve dual roles—preparing food and delivering it to customers. Customers are also taking on new “responsibilities,” such as texting additional orders to the service counter rather than returning to the order line.

The increase in minimum wage has resulted in more (albeit fewer) satisfied employees earning a better living. It’s also revolutionizing the dining experience and making restaurants more accessible to a larger population as a result of lower menu prices.

Seattle became the first major American city to pass a $15.00 minimum wage law in 2014. Large restaurant groups and franchises were concerned about the increase because employers with more than 501 workers were required to increase wages on a set schedule reaching $15.00 per hour this year. As a result, large Seattle restaurant groups and chains were forced to look for ways to adjust and innovate.

Many felt increasing menu prices was not an option because of concerns that such increases would result in lower revenue. So these restaurants did away with discretionary tipping and, instead, implemented set service charges of 15 or 20 percent.

To offset rising labor costs, some restaurants add a surcharge of three to five percent to customers’ checks. In March 2017, the Wall Street Journal published “New on Your Dinner Tab: A Labor Surcharge.”  Restaurant owners found raising menu prices led customers to choose less-expensive items than they normally would, and that the surcharge helped mitigate the increased cost of doing business.

In addition to raising prices, laying off staff has been another way some businesses are coping with minimum wage increases. Earlier this year, Red Robin Gourmet Burgers announced it would eliminate busboy positions at 570 restaurant locations. Many single-location restaurants also have had to eliminate busboys and other staff positions. Still other restaurants have been unable to adapt and have closed their doors.

Meanwhile, some restaurants have turned to technology to compensate for the loss of labor and to reduce expenses. Large chains such as Chili’s, Applebee’s and Olive Garden have replaced some servers with tableside tablets for placing orders and paying bills.

Technology also has helped other businesses expand. For example, online food delivery service GrubHub has achieved success thanks to a growing number of people who want to enjoy restaurant-quality food without dining at the restaurant.

The takeaway for restaurants facing increasing minimum wages and labor costs? Scrutinize your budget and personnel, determine how to satisfy ever-changing employee and customer demands and be willing to change.

This article is for informational purposes only. It is not legal advice. Always consult with your lawyer regarding your specific circumstances.