Success Story: What the Dictionary Won’t Tell You About Tex-Mex

Molina’s Cantina in Houston stakes out its place in restaurant history.
Culinary Ideas 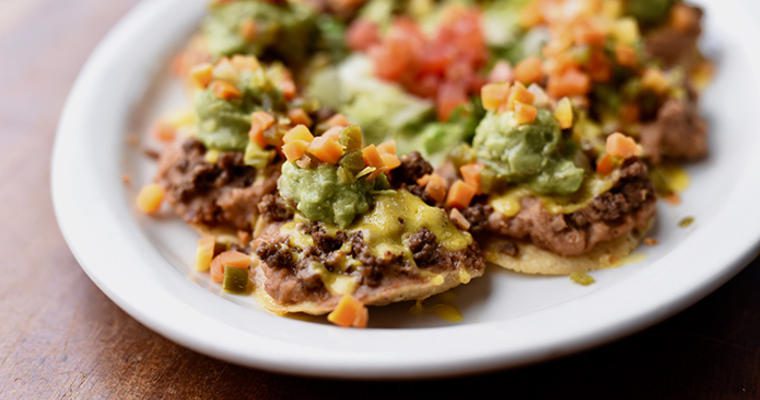 All long-running restaurants have a story. Few have a story that can rival Molina’s Cantina in Houston. The food prepared in the restaurant founded in 1941 by Raul Molina helped invent a style of food that has become as common in our language as Buffalo wings or Caesar salad. We’re talking Tex-Mex.

Raul and his wife, Mary, blended traditional Mexican fare with Texas comfort food. Their creations, using Texas-style chili con carne to top enchiladas became known as Enchiladas de Tejas (or Texas-style enchiladas). Other dishes followed, and by the time their original “Mexico City” restaurant had its name changed to Molina’s, the word “Tex-Mex” had been added to Merriam-Webster’s dictionary.

Nearly eight decades and two generations later, the restaurant is still making a name for itself with two nacho dishes heralded by Thrillist as being among “The 21 Best Nachos in America.”

For Ricardo Molina, one of three brothers (Raul III and Roberto) who now run the restaurant started by their grandfather and operated for decades by their father (Raul Jr.), being in the spotlight is nothing new.

One of the famous nacho dishes was the result of celebrity fame. Singer Nancy Ames, famous in the 1960s for her folk-Latin music, was a regular customer. “She invited Dad onto her TV variety show to demonstrate how he made nachos,” Ricardo says. “She started adding ingredients she liked, and people who saw the show started asking for those nachos in the restaurant.”

Nancy Ames’ Special Nachos—a pile of chips, smothered with spicy beef, beans, guacamole, cheese, diced tomatoes and jalapeños—have been on the menu ever since.

The nachos, tacos, burritos, chalupas and Tex-Mex specialties have won over many people, and they turned former President George H.W. Bush and his wife, Barbara, into regular customers.

Ricardo credits Gordon Food Service with supplying guest-pleasing food options, and also for delivering the kind of consistency that takes food worries off his plate. He says quality products and consistency are what allows his chefs to create the restaurant’s legendary Tex-Mex fare.

“Consistency, you’ve just got to have it,” he says. “Customers don’t like surprises and neither do our chefs. Gordon Food Service helps us make sure the food we get is up to our standards. That helps us maintain price consistency and menu planning. Anything we need, Gordon Food Service comes to the table with all kinds of different people, products and knowledge—I don’t have to go to outside consultants.”