Ohio fifth-graders lead the charge to turn a mountain of waste into a reusable resource.
Education, Running Your Business 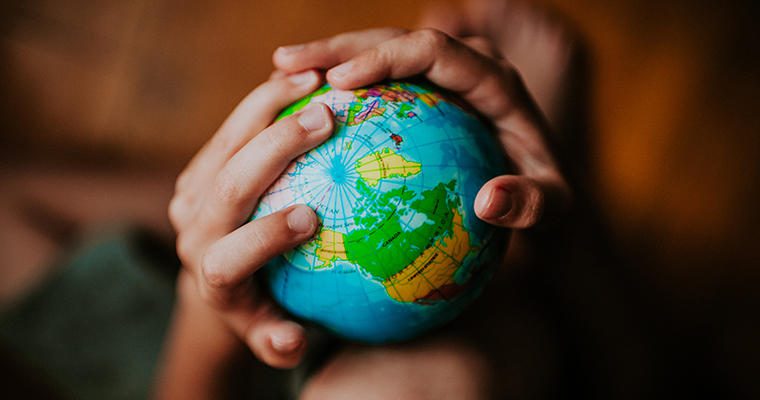 An Ohio school district is teaching students a new language. Thanks to a revolutionary recycling program initiated by fifth-graders, Little Miami Schools is speaking the language of environmental awareness at the same time it’s reducing foodservice waste and costs.

Sorting paper, plastics and food waste has been going on at schools for years. Little Miami, a 5,000-student rural district about 35 minutes northeast of Cincinnati, has taken a high-tech approach to recycling. The district uses a StyroGenie, which turns stacks of used lunch trays into a small solid slab that’s recycled to make more foam products.

Since 2016, the district has kept 250,000 foam trays from the landfill, according to Food Service Director Rachel Tilford. And what’s good for the environment has been good for the budget. Little Miami has cut its trash bag usage in half and trash haulers now tips the dumpsters every other day instead of daily.

The StyroGenie is a refrigerator-sized piece of equipment that uses heat to shrink foam trays into bricks the size of a chess board. The solid material is taken to a plant where 90% of the polystyrene oil is recovered and used to make more foam products.

At $25,000, the unit wasn’t cheap. In addition, Tilford also pays $300-$400 a year for pickup of the condensed bricks, plus yearly filter replacement. With savings on trash bags, waste hauling and dishwashing, the equipment eventually will pay for itself. “For us, it was less about financial savings and more about environmental savings,” Tilford explains.

The school board permitted Tilford to use foodservice funds to buy the StyroGenie. For schools looking to launch similar programs, she recommends seeking grants from local environmental groups to offset the initial costs.

Keeping a mountain of foam trays from the landfill never would have happened without inquisitive young minds. “In 2015, a couple of fifth-graders wanted to interview me about trash at the school,” Tilford recalls. “They wanted to know why not everyone was using reusable trays.”

The students learned a lesson in foodservice economics. With six schools, 1,000 breakfasts and 2,700 lunches a day, dishwasher capacity and labor demands allowed reusable trays in only half the district’s schools. So the students took things in a different direction–finding a way for all the schools to use foam trays that were recyclable.

As part of a First-LEGO League competition, the students had to build a robot out of Legos and solve a problem about trash. They researched the cost of reusable trays compared to the cost of foam trays. They visited the landfill, talked to garbage disposal companies and consulted with Tilford a number of times.

“When they started out, they were advocating for no more foam trays,” Tilford recalls. “Through their research they found the StyroGenie and pitched it to me.”

‘The best day of my career’

Tilford was skeptical at first, but she was able to conduct some first-hand research on a Christmas break visit to Texas. She met with people at a school that was using a StyroGenie and learned the benefits. After returning to Ohio, she pitched the idea to the school treasurer and school board.

By the 2015 school year the machine arrived. A project initiated by 10-year-olds was ready to reduce school waste.

“Probably the best day of my career was the first day we put the machine in use,” Tilford says. “When we were ready to pull the first blocks out, I got the boys out of class at the junior high to see it. These kids will be our future scientists.”