Now is a good time to review your menu and find ways to reduce sodium content by using more fresh items, herbs and spices.
Education, Running Your Business 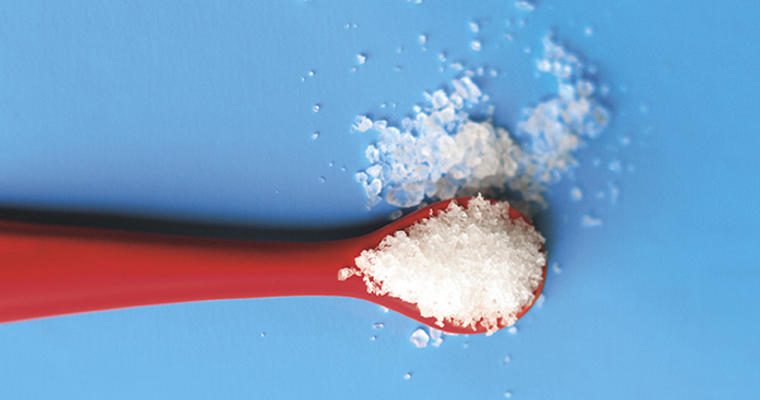 In 2010, the Healthy Hunger Free Kids Act was signed into law. In 2012, as required by this legislation, the United States Department of Agriculture (USDA) published a final rule to overhaul the National School Lunch and Breakfast programs and promote the health of America’s schoolchildren. Among many other provisions, the final rule required schools to reduce the sodium content of meals gradually over a 10-year period, using three target levels. Remember that sodium limits are based on a weekly average, not on individual meals or items. Therefore, a meal may exceed the target sodium limit as long as the weekly average does not.

Target 1 went into effect on July 1, 2014 and for the most part, School Food Authorities (SFAs) have been very successful in meeting this regulation. However, Target 2 has been a topic of debate for the past couple of years and it was unclear, until recently, whether Target 2 would be enforced on July 1, 2017, as originally scheduled. This past spring, the U.S. Secretary of Agriculture announced an interim rule that is allowing for flexibility with sodium requirements. Specifically, it was stated that schools following Target 1 for school years 2017–2020 will be deemed as compliant with sodium regulations. This interim rule allows for greater flexibility with sodium levels and brought closure surrounding the uncertainty for the 2017-18 school year.

Even with the flexibility for the 2017-18 school year, there is still opportunity to review your menu and look for opportunities to reduce sodium content–incorporating more fresh items as well as herbs and spices is a great way to bring variety to your menu.

Sodium, also known as salt, is frequently added to foods during processing, cooking or at the table. While the body does require some sodium for proper functioning, most people consume much more than they need. In fact, 90 percent of children in the United States consume too much. Research shows that excess sodium plays a role in high blood pressure, which puts added stress on the heart.

Processed foods (as opposed to fresh foods) tend to contain the highest amounts of sodium. The top sources of sodium for school-aged children include pizza, bread, cheese, lunch meats and chips.

How to reduce sodium in school meals

There are a number of ways to limit or reduce sodium content when selecting products and preparing meals. Consider some of the following practices.

Use herbs and spices to flavor foods. In place of salt, herbs and spices can add flavor without contributing to the risk of high blood pressure. They can also reduce the need for other high-sodium condiments like soy sauce, ketchup, BBQ sauce, olives, pickles, salad dressings and gravies.

One easy way to get students to exchange the salt shaker for low-sodium flavor enhancers is to consider adding a “flavor station” to your cafeteria. Flavor stations offer a self-service selection of herbs, spices and other low-sodium seasonings. Placed at the end of the lunch line or other centrally located area, students use them to jazz up their meals with things like garlic powder, cumin, black pepper, parsley, red pepper flakes, hot sauce, balsamic vinegar, Worcestershire sauce and lemon slices.

Choose fresh foods over processed foods. Serve as many fruits and vegetables, unprocessed meats, rice, pasta, low-fat dairy products and unsalted nuts/seeds as your students like and your budget affords. Try to avoid processed foods, like frozen pizza, chicken nuggets, hot dogs, sausage, bacon, processed cheese sauces, packaged chips or cookies and lunch meats. When you do need to offer processed foods, compare Nutrition Facts and choose items with lower sodium content (foods containing less than 140 mg. of sodium per serving are considered low-sodium). Also, look for reduced sodium, low sodium or no-salt-added canned foods, and drain and rinse them well before use.

Modify recipes that use high-sodium ingredients. When possible, reduce or eliminate salt in recipes. Limit the use of bouillon cubes and ham or chicken bases. Substitute with herbs and spices, citrus zest and 100 percent fruit juice to cut the salt while keeping the flavor.

Contact vendors. Let manufacturers and distributors know what types of low-sodium items you are looking for and write bid specs that request lower sodium options.