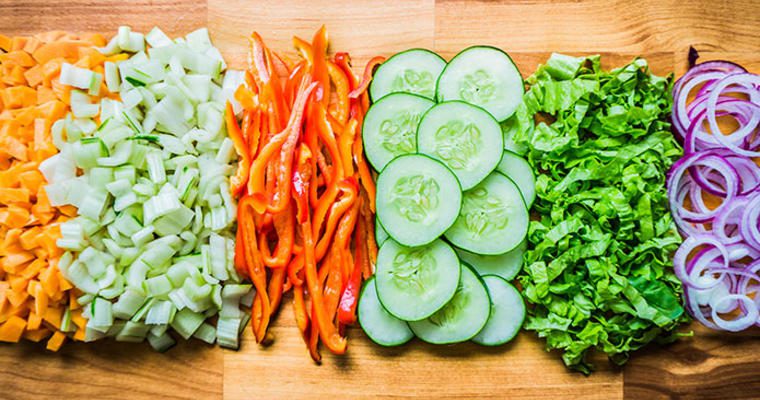 The school cafeteria may not seem like it has much in common with business courses taught in nearby classrooms, but foodservice directors can sometimes make use of the lessons taught there. Running the education food program like a business is very practical, especially when it comes to managing labor costs in areas outside of wages.

For John Henry, the Foodservice Director at Rockford Public Schools in Michigan, it starts with creating a business model. Like many noncommercial managers, he tracks meals per labor hour to improve worker efficiency. But he also approaches his job like a commercial operator—tracking food purchases, creating thoughtful menus and measuring production and waste—to develop labor practices that ultimately reduce plate costs.

The adage “you can’t manage what you don’t measure” is a big part of Rockford’s success. Henry collects data using production sheets for every meal. If his team tries out a new pizza, they make projections using past pizza menu offerings. Afterward, he not only compares sales but also the differences in ingredients. This allows Henry to determine student preferences and develop a more precise order.

“We may discover sales changed because one pizza had a white crust and the other had a whole-wheat crust,” he says. “The second time we menu something we have data on sales and ingredients and that helps us be more in the ballpark with our order.”

Precooked and ready-to-serve foods also have been a game-changer for ordering, Henry notes. As an example, he says the school once cooked all of its own pasta noodles in a central kitchen and shipped them out to the cafeterias. Now he relies on precooked noodles, which come in bags that can be stored and used as needed.

“I try to cut all of my waste in production, but in the old days, if 200 pounds of pasta noodles were made but only 180 pounds were used, we had waste,” he points out. “By using anything that’s precooked and has a shelf life, it saves me money.”

Sticking to the bid

Another healthy purchasing practice Henry employs is making sure all of the kitchen managers in the 9,000-student district have a copy of the school’s food bid. With a production manager at the high school and a manager at each school, teamwork, communication and knowledge of what products are part of the bid are essential.

“If they go off bid, they need to give me a reason why,” he says. That’s because fulfilling the terms of the contract results in rebates and savings that ultimately save money. A kitchen manager might think she’s doing the right thing by ordering a chicken product that’s a few cents cheaper. The immediate savings, however, could prove costly if the cheaper chicken is not part of the bid. Buying it could jeopardize the contractual rebate and affect vendor pricing in the future.

No matter what size your school, it’s possible to reduce labor costs during the menu creation process. By using pre-cooked noodles, heat-and-serve chicken pieces, sliced deli meats, precut vegetables and chopped salads where possible, it reduces labor prep costs as well as food waste. But there is a bigger payoff as well: getting everyone to recognize how the menu delivers savings.

“Even though I write the menu, I’m a firm believer in sharing it with my head cooks and hearing their ideas and input,” says Henry, whose schools serve 6,000 lunches daily, including a robust à la carte line. “Money we save by using the right products helps us put more people on the line to speed up service … and fast service increases sales.”

In addition to its regular lunch selections, the high school cafeteria offers a Subway-style sandwich line and a Qdoba-style grill. Using prepared products results in performance that would make fast-food restaurants envious.

“We can slap together 50 sandwiches pretty quickly—it’s like a hyper McDonald’s.” Henry says. “We get 400 people through the line in about 8 minutes.”

The teamwork in the menu planning stages avoids the headache of getting everyone to agree with the program and generates employee buy-in that has its rewards.

“By sharing the information with my people, they took more initiative to cut costs than I was able to when preparing the menu alone,” he says.

Successful foodservice directors compare data to track trends and find savings. There are many tracking methods out there, such as reviewing October numbers this year compared to last year. Choosing a formula is a matter of preference, Henry points out. But because it’s possible to collect statistics each day, he says it’s beneficial to check figures as often as possible.

“I look at sales every couple of days—it helps me target what entrées are popular and plan for the month ahead,” he says. “Tracking data on a daily basis allows me to see trend lines and differences in numbers that I wouldn’t otherwise notice.”

If his production sheet estimates a kitchen should be getting a certain number of portions per pan, he knows when that number is not being met. The corrective action might be as simple as instructing a kitchen employee in using the right size scoop.

“Most directors don’t understand the importance of running school foodservice as a business,” Henry maintains. “We have to measure how we’re doing at all stages if we’re going to be successful.”