The Popularity of Pork

With a variety of cuts and presentations, pork is always in style with many new menu possibilities.
Culinary Ideas 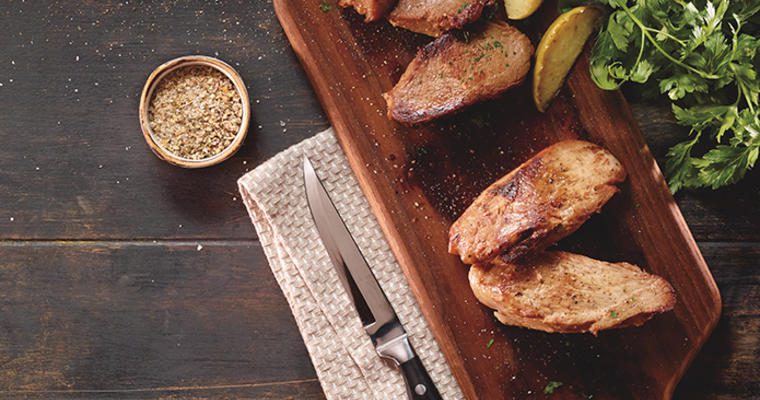 Pork has remained extremely popular on menus, something that was absolutely proven out during Gordon Food Service’s most recent external research, where we visited more than 100 restaurants and tasted more than 1,100 dishes in New York, Chicago and Los Angeles. Prized for its ability to take on so many different flavors, its economical price point and its popular flavor, pork is the go-to ingredient for chefs, who are using it in a number of creative, trend-forward applications. We’ve pinpointed five menu-ready opportunities that star the always popular protein—pork. Creativity in approach is an underlying theme tying these five pork-centric opportunities together, showcasing yet again the demand for exciting, memorable fare on menus today.

Pork belly continues to gain traction on menus, which makes sense as it’s one of those ingredients that chefs can rely on to create something highly craveable, thanks to the indulgent factor of the cut. Whether you sous vide or braise it, it’s delicious when it’s sliced and crisped up. We’re also seeing it balance out “healthier” dishes like salads, lending a bit of decadence to a typically leaner profile.

Braised pork dishes serve up the sweet spot for chefs because they’re economical and versatile. We saw many examples on our trends tour, where chefs are featuring braised pork in really interesting, craveable applications that bring out the tender, savory, rich side of this protein.

There’s so much flavor-forward potential in using ground pork in menu applications, particularly in the burger category, which we all know welcomes global mashups and other big flavor moves. Ground pork brings huge flavor to a burger, and, as we saw in our research, fits really well into a number of modern American takes. We all spotted an emerging opportunity here, with pork-based sausages, particularly in Asian-based flavors.

The pork chop, that classic menu standby, is getting a menu makeover in a lot of forward-thinking restaurants. Chefs are changing things up in presentation, standing up thick-cut chops in their whole state or cutting it in half and charring the bone to great effect, as seen at Chicago’s Split Rail.

We saw this at The Wayland in New York a few years back and couldn’t get over the unbelievably craveable, spoon-tender, versatile, full-flavored result of pulled bacon. We can’t overemphasize the opportunity—it offers a lot of flavor potential for menu innovation. Pulled bacon sees whole-slab bacon marinated in a liquid like apple cider and bourbon, braised like a pot roast, cut into small cubes and pulled. From there, the options are endless—from tacos and sandwiches to egg rolls and more.