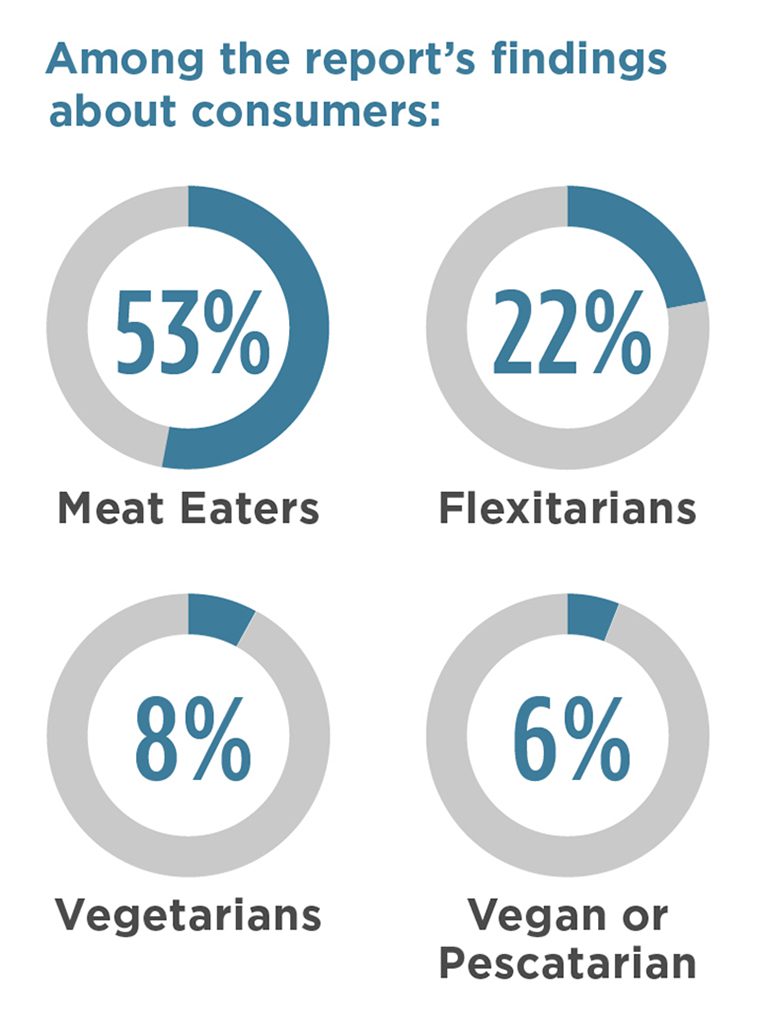 A Food Institute survey showed that 40% of consumers surveyed in March 2022 purchased plant-based protein and/or dairy alternatives within the past six months, with health cited as the motivating factor.

Of those people, half said it’s important for restaurants to offer plant-based options, but only about 20% choose those options when dining out. This suggests potential for growth and reminds operators to enhance the appeal of plant-based dishes, according to Matt Dummar, a Gordon Food Service Culinary Specialist in Texas.

“It’s all about making something thoughtful,” Dummar said. “If chefs take the time to focus on making really good plant-based items, it will help drive the demand.”

One way to achieve that, says Ohio-based Business Solutions Specialist Abby Windau, is to lean into vegetables for the sake of vegetables.

“Call it plant-forward instead of plant-based,” she said. “I think that’s what’s going to be coming around as people look for healthier, cleaner dishes.”

The Culinary Institute of America’s 2021 “Plant-Forward by the Numbers” report, conducted in partnership with Datassential, advised operators to look beyond meatless burgers and meat substitutes to see plant-forward eating as ripe for growth and chef-inspired creations.

The take-away: Consumers reducing meat consumption are more likely to fall in the flexitarian middle ground than choose vegetarian or vegan diets.

“We need creative dishes to get the public’s attention. Don’t try to mimic meat,” Windau said. “Give people big, bold flavors and it will be a more natural fit.”

One avenue could be using plant-based chicken tenders or seafood in a taco or salad, Dummar suggests.

“It goes way beyond burger patties … plant based pizza toppings are definitely up and coming, and I’m not talking about vegan pizza, but using a plant-based sausage or pepperoni as an ingredient,” he said. “Also pasta dishes, with plant based-shrimp and sausage.”

“Trade journals are saying there will be double-digit growth in dairy and egg products,” he said. “These are ingredients, especially on the bakery and dessert side. Chefs are getting creative in using Zero Egg in pastries and soy-based milk and creams to make plant-based desserts.”

To increase dining acceptance, it’s not necessary to call out vegan or vegetarian foods, Dummar says. He points out that a coffee shop near his Texas home has a vegan cupcake that’s a top seller, but the treat is not marketed as vegan.

“People buy it and love it because of the taste,” he said. “If you tell people it’s vegan they might say they don’t want it.”

Changing the eating habits of older consumers is harder, Dummar says, so ingredients are a gateway to success.

“I’m a Millennial parent with a 9-year-old son,” Dummar said. “He watches videos on YouTube about cooking and the history of plant-based foods. He’s more excited to try them than I am. They get the “why” of these products.”