Opening Doors to Communication for People Living with Dementia

A personal approach and a human touch make a big difference in reaching people living with memory-care issues.
Running Your Business 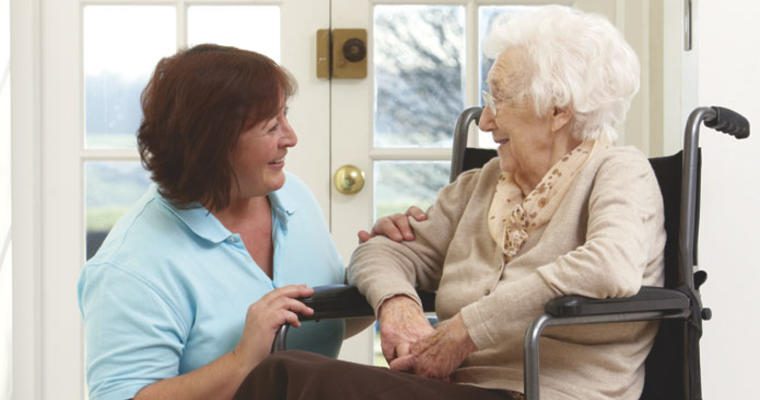 It’s 2:30 a.m., and Mr. Phillips is walking the care center halls, noting which doors are shut tight. He looks over the fire extinguisher attached to the wall, checks to make sure there are no ripples in the entryway rugs, then stops to monitor the television screen before moving on to examine the locks on the windows. Stopping him and sending him back to bed makes sense at this late hour, but not to Mr. Phillips. Before Alzheimer’s took its toll, he was a night watchman. Disrupting this routine might cause an outburst.

Knowing as much as possible about a person living with dementia is the key to caregiver-resident communication. That’s because dementia is as diverse as the people it affects. Memory problems can be the result of medications, stroke-induced vascular dementia or even Parkinson’s dementia, in which a disease impairs the brain. The form of dementia people are most familiar with is Alzheimer’s disease, which has different stages and affects thinking and behavior differently depending on which part of the brain it strikes. In short, not all dementia is created equal.

“You can’t see this disease,” says Lisa Misenhimer, MSW, Director of Rethinking Dementia in Grand Rapids, Michigan. “So it’s hard to know when the brain is causing behavior or personality changes.”

If someone has a broken arm, a caregiver expects it will be hard for the person to eat food, but you can’t see brain deterioration until, say, someone has a hard time picking up a fork. It’s also harder for that person to explain why the difficulties are happening. Misenhimer’s nonprofit organization works with care providers to promote communicating with people who have dementia and Alzheimer’s.

Outbursts of profanity, removing clothes, grabbing, hugging, pushing away, withdrawing into a depression-like state—all of these can be the result of dementia. Each one, Misenhimer says, is the result of an unmet need. Recognizing this is the first part of the equation. Addressing the outbursts is where communication skills matter.

“They may be tired, hungry, afraid, in pain … or they may just need to go to the bathroom,” Mollie Richards says. She and her husband, Ralph, work with the Alzheimer’s Association Greater Indiana Chapter and have devoted much of their lives to studying Alzheimer’s and teaching others its effects, the search for a cure and how to provide care.

When inappropriate behavior occurs, Mollie says, instinct tells you to quickly intervene. This is just the opposite of what’s most effective—distraction. “Tell them, ‘let’s go for a walk,’ offer soothing music or a favorite food,” she says. “You’re not going to win if you argue.”

The secret to distraction is getting as much personal information about residents as possible. Knowing where the resident grew up, what jobs they held, hobbies, vacations, etc., is a good start. The next thing to do is watch the clock. Humans are creatures of habit, and they eat, sleep, exercise, watch TV and go to the bathroom on a pretty consistent schedule.

“It’s like looking at pieces of the puzzle before you know what the answer is going to be,” Alzheimer’s expert Teepa Snow says in a webinar on communication techniques. She emphasizes understanding the person behind the disease to effectively distract them. She also promotes hand-under-hand contact, a much less confrontational approach than putting a hand on a shoulder.

The language of understanding

Another communication tool is language, both spoken and nonverbal. Select words carefully, speak slowly and repeat them—using the same words each time—to help the resident process the message. Look directly into the eyes of the person you’re speaking to, Ralph says. Use concrete terms, not expressions like “run to the store.” Avoid speaking loudly or in an angry tone, and never use baby talk.

“These are adults, so treat them like adults,” he says. “This is a person with a disease, and they deserve dignity. The way we label people is the way we treat them.”

When it comes to eating, confusion can reign. Selecting a meal can be a challenge, so it’s helpful to give residents a simple choice. At breakfast, offer a choice of eggs or cereal instead of a menu with many options. It may even be helpful, Mollie says, to put food on the table one item at a time or in separate containers to stem confusion.

Dining rooms, where there’s lots of movement and noise, can add sensory overload. Voices from adjacent tables, music over the speaker system and even the lawn mower running outside the building can be overwhelming.

It’s important for caregivers to devote their full attention to residents, Mollie says. Sit next to them at an angle so you can make eye contact, and smile with your eyes as you describe what’s on the plate.

“It’s a social activity, so ask questions about favorite foods they like to eat or cook,” Mollie says. “Then transition to describing the food on the plate—how good it looks and how great it smells.”

Environment can be a key to behavior, Misenhimer says. Overstimulation or understimulation can cause people to act out. It’s up to the caregiver to be aware of the possible causes and responses. Most of all, it’s important to provide individualized attention.

“Just because people can’t remember a thought or a memory, they don’t lose their identity,” she says. “People still care about safety, security and having a purpose.”