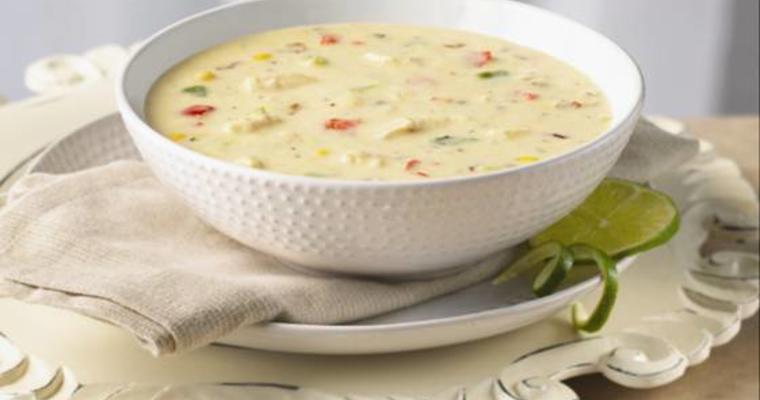 You may think you know Southern cooking. Lard, butter, and bacon. Great swaths of tan-colored food; biscuits in gravy, fried chicken, boiled-to-death collard greens, and banana pudding. This is not a segment of regional American cooking associated with bright colors, spontaneous combinations, or fresh produce.

For shame, because true Southern cooking has long had an intimate and immediate connection with the garden; fresh shelled peas, tender butter beans, juicy tomatoes right off the vine. Bright, peppery greens, and vibrant sun-drenched peppers compete for attention alongside fried chicken which, yes, remains the exalted ambassador of Southern cooking. The flavors of the Old South are defined by ingredients in their purest form, and the Southern states have a bounty of ingredients.

The most recent industry research shows that new riffs on Southern cooking offer big opportunities. An explosion of Southern-themed restaurants from coast to coast stands testament to diners’ interest in the renaissance of traditional American cuisine. With bold flavors and soulful ingredients, Southern cooking is a natural for full-service restaurants.

Contributing to this popularity on the operator’s end is the ingredients’ inherent economy: beans and greens, grits, eggs, rice, and value cuts of meat. Traditional Southern cuisine is inspired by an almost reverent approach to cooking; this is real American slow food. Nothing is wasted. Bits and scraps make their way into soups and stews.

Thoughtful techniques aim to take the most humble of ingredients and elevate them into something fit for the most elegant of tables. These dishes are absolutely menu-ready; everyone is already familiar with them, and clever chefs give them unique twists with no consumer learning curve.

While some chefs concentrate on authenticity, creative updates often pack a bigger punch. As long as the flavors make sense, put your own mark on dishes rather than following the status quo. Gild baked yams with miso and sesame. Marinate crisp cucumbers in tomato vinaigrette. Brine pork chops in sweet tea. Market differentiation is critical for restaurants; it’s what draws in new customers and keeps people returning to enjoy what they can’t get anywhere else.

While chicken and pork may be staples of the Southern interior, it’s the cuisines of the low country in South Carolina and the Gulf Coast that are picking up steam. That means shrimp, and lots of it, as well as catfish, crayfish, oysters, and crab. Shrimp and grits has become the superstar of new Southern cuisine, a traditional dish from the very heart of low country cooking. Versions are popping up all over.

Shrimp and grits is an immediate hit on any menu; the trick is coming up with a variation that both suits your menu and stands out from your competition. Toss a peel-and-eat version with butter and blackening seasoning and serve it with white-cheddar grits on the side to transform the traditional dish into something fit for sharing. At The Hart and the Hunter in Los Angeles, shrimp in a savory gravy of wild mushrooms, bacon, and scallions is served over a bed of grits with a wedge of fresh lemon. It’s both simple and sensational.

Grits offer opportunity beyond partnering with shrimp or serving for breakfast—a Southern tradition that has yet to catch on elsewhere. Hominy grits are ground from dried, hulled corn that has been treated with an alkali solution; it’s the same process used to make masa flour. Because they are so inherently inexpensive, I recommend sourcing high-quality, stone-ground grits, which provide superior flavor and texture.

A veritable blank slate, grits’ mild, sweet corn flavor pairs well with almost anything, although sharp cheddar is a classic combination. Prepared, cooled, and cut grits that are dredged and deep-fried are perfect for sharing with Southern-inspired dipping sauces.

Rice is also a key ingredient in Southern cuisine. Taking cues from Italian arancini, breaded and fried rice balls draw inspiration from traditional Southern dishes. These are downright addictive as a bar snack or shared plate; when prepared creatively they turn jambalaya, dirty rice, or red rice into finger-food extraordinaire.

A full table in the South wouldn’t be complete without an array of homestyle condiments. These are so much a part of the meal that Hugh Acheson’s Atlanta restaurant, Empire State South, features a shared plate simply called “in jars”—a platter of Mason jars packed with seasonal dips, spreads, and pickles served with toasted bread. Pimiento cheese, affectionately dubbed the “caviar of the South,” is almost always included in the lineup. The basic recipe is a mix of sharp cheddar, mayonnaise, and pimientos; regional additions include anything from Worcestershire sauce to jalapeños to local cheeses.

Soulful cooking, carefully crafted and packing a punch of bold flavors: It comes as no surprise that Southern-inspired dishes are taking the country by storm. This is not so much a trend as a reawakening of tradition.