Melding Indian with the Mainstream 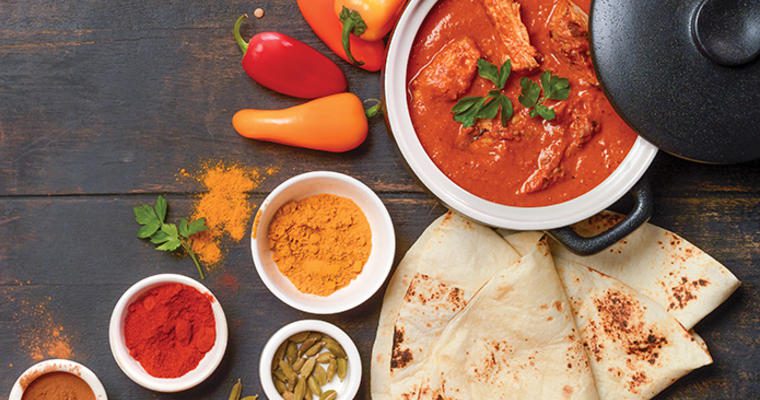 Indian food isn’t new to the U.S., but until recently it’s mostly only been found in white-tablecloth Indian restaurants. For the consumers who love the rich, aromatic flavors of India, the fact that it hasn’t proliferated into mainstream has been a bit of a mystery. But for the majority of consumers here, those big flavors may be just a bit too exotic—too authentic. Today, those flavor-forward, craveable Indian flavors and ingredients are finding their way onto mainstream menus through the macro trend of the “mashup.” Diners are now familiar with that idea, perhaps first introduced when Korean mashed together with Mexican cuisine a number of years ago, thanks to chef Roy Choi and Kogi Taco in Los Angeles. That same idea—taking something familiar and combining it with the adventurous—has defined the evolution of modern American menus. Those principles are now being applied to Indian cuisine. The result? A huge opportunity for clear menu differentiation, highlighting Indian-inflected versions of popular dishes like burgers, fries, wings, burritos and salads.

“Indian chefs are realizing they can broaden their audience if they mash up with familiar flavors and forms,” says Gordon Food Service Corporate Executive Chef Gerry Ludwig, CEC. It makes the flavors more accessible. These chefs and their creative, memorable menus are setting the stage for midscale and fast casual operators to incorporate Indian mashups onto their menus. It’s a significant opportunity for first-to-market menu distinction.

India’s pantry is loaded with high-impact flavors that work beautifully in a number of classic favorites, from a loaded fries shareable topped with chicken tikka masala to a tamarind-glazed shrimp taco with a harissa yogurt drizzle. “With its rich, fragrant spices, comforting curries and craveable breads, Indian food deserves a serious look,” says Ludwig. “A growing number of Indian chefs are providing validation of this assertion as they endeavor to increase the popularity of Indian cuisine by embracing the macro-trend of mashing up global flavors.” During the annual Gordon Food Service trends tour, a number of Indian menus stood out with their unique versions of mainstream favorites.

Pondicheri, New York City
“What struck us with chef Anita Jaisinghani’s cuisine is how she takes assertive flavors and weaves them through the menu,” says Ludwig. Her Masala Wings are coated with a yogurt ginger masala and battered with a blend of chickpea flour and garam masala, giving an American favorite a definitive Indian accent. She does a similar treatment on the Desi Fries, house curly fries that boast a crispy coating made with chickpea flour and chaat masala seasoning.

Rahi, New York City
Chef Chintan Pandya strays from tradition, introducing Indian flavors into familiar forms. His version of fish and chips sees a traditional batter spiked with warm Indian spices, served on a bed of sweet potato fries and mustard aïoli. His take on shepherd’s pie is outstanding: ground lamb topped with mashed potatoes flavored with cumin, and then the entire thing is coated with Raclette, really ramping up the craveability, Ludwig notes.

a Roqa, New York City
Chef Gaurav Anand describes his inventive mash-up menu as “Indian flavors with a global palate.” His Habanero Tikka is a great example, where he serves a chicken kebab with the tomato-based tikka, but infuses habanero for a dynamite kick. He also makes his own version of chicken wings called chicken chops, featuring the drumstick, garm flour chutney, with a rum flambé.

Bombay Frankie, Los Angeles
The frankie is the Indian version of a burrito, and the opportunity here is taking it more mainstream. If you’re currently doing burritos, you could create differentiation by adding butter chicken or tikka, for example.