A Look At Rising Food Prices

Price volatility affects the ability to manage business costs, so it pays to understand the reasons for fluctuations.
Running Your Business 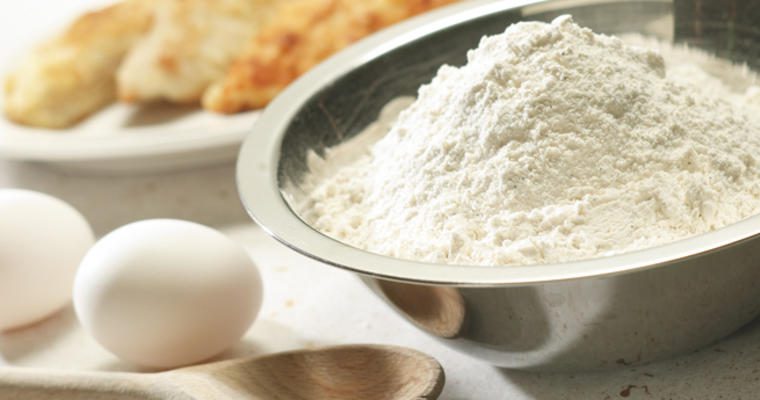 First, the numbers: According to the National Restaurant Association, average wholesale food prices increased 2.3 percent in 2013, which marked the fourth consecutive annual gain for a total of nearly 20 percent.

In 2014, the numbers are projected to increase for some restaurant staples. According to the U.S. Department of Agriculture, the price of butter, turkey and beef is expected to jump 7 percent, and milk to increase 4 percent.

The consumer price index (CPI) for restaurant purchases increased 0.2 percent in June and is up 2.2 percent from last June.

So why are food prices rising? The most influential factors include futures trading, the use of food for fuel, increased global demand, climate, and legislative action.

Just as you can trade stocks on the stock market, you can trade commodities on markets like the Chicago Mercantile Exchange. Unlike with stocks, you do not actually buy or own anything when you trade a commodity. Instead, you are speculating on the future direction of a particular commodity’s price. This is known as futures trading.

Food manufacturers and fuel suppliers have used futures to help set prices and predict costs for more than 100 years. Farmers use them to decide which crops to plant. Increasingly, institutional investors—including large pension funds and Wall Street banks—use futures to make money as more traditional investment vehicles like stocks and bonds have lost their luster. These investors are not interested in the commodity itself, but are looking for a speculative gain.

Along with the influx of money to the futures market has come an increase in volatility. Critics say the former is a major cause of the latter. They believe traders using computer programs to buy and sell futures repeatedly are pushing prices up and down to a much greater degree than “real world” supply and demand would dictate.

The result is wild swings in price, even as the long-term trend is ever higher. This volatility plays havoc with the business forecasting capabilities of food suppliers and their customers.

In 2005, Congress passed the Renewable Fuel Standard (RFS) as part of the Energy Policy Act and amended it in the 2007 Energy Independence and Security Act. The intent of the RFS is to encourage development of biofuels and thus lower dependence on foreign oil while reducing greenhouse gas emissions.

Among its provisions, the law mandates that the U.S. must produce 15 billion gallons of corn-based ethanol by 2022. In pursuit of this goal, more and more corn is diverted from food and feed supplies into ethanol production each year.

Ethanol mandates increased demand for corn, which raises its price, having doubled since the RFS was enacted. In a free market, demand would go down when the price goes up, then prices would go down again. But the mandate requires the same amount of ethanol to be produced no matter what corn costs. So prices remain inflated.

Corn isn’t the only commodity affected. Farmers plant more corn because they can get more money for it, which means less land for other vegetables and grains. This lowers the supply and increases the prices for them. And higher corn prices increase prices for livestock, to which it is fed.

The Impact of Global Demand on Food Prices

World population topped 7 billion in 2012, according to United Nations demographers, and is projected to reach 9.6 billion by 2050. That’s a lot of mouths to feed.

“Africa is exploding in population, and Africans don’t have the technical capabilities to grow much of their own food,” says Dhamu Thamodaran, Executive Vice President and Chief Commodity Hedging Officer with Smithfield Foods, the world’s largest pork producer and processor.

While the Third World subsists primarily on grains, emerging middle classes around the world are increasing the demand for proteins. “There are huge numbers entering the middle class in China, India, and other Asian countries,” Thamodaran says. “And they want meat, cheese, and milk in their diets.”

According to Thamodaran, the average U.S. resident consumes 231 pounds of protein each year; the average Chinese citizen just 100 pounds. “There are roughly 100 million middle-class Chinese today, and there will be another 500 million in the next 10 to 15 years. Imagine if each of them increases protein consumption by just one pound. Demand would—and will—skyrocket.”

Over the past five years, extreme weather worldwide has had a dramatic effect on commodity supplies and prices.

The drought that has plagued the Southwestern U.S. and Northern Mexico has devastated agriculture. According to the U.S. Agriculture in Drought file from July 29, 2014, approximately 35% of the domestic cattle inventory is within an area experiencing drought.

Couple that with the increased global demand for beef, it is clear to see why prices are high and likely to remain so for some time, especially if drought conditions persist.

An immediate end to the drought and other extreme conditions in the world’s growing regions wouldn’t have much effect on commodity prices, Thamodaran maintains. “We need record crops from the U.S. and Brazil two years in a row to make a real difference in supplies and prices,” he says, explaining that Brazil is the world’s second-largest exporter of agricultural products after the U.S.

The long-term commodity price track is upward, with exaggerated volatility along the way. However, unforeseen factors can quickly reshape the market. Most analysts believe the restaurant industry will grapple with high commodity prices for some time. But you can see from this brief overview that factors driving commodity pricing are complex and often unpredictable. Given this volatile long-term environment, operators need to stay connected to the commodity market and develop strategies to maintain margin and control costs.

Foodservice operators seeking to mitigate the impact of volatile commodity prices should consider five key areas: marketing, procurement, menu management, quality specifications, and brand management. While any one of these can help close the gap on margins, the best overall strategy depends on the individual operation’s unique needs.

To identify those needs and determine the right approach, foodservice experts recommend that you contact your primary restaurant food distributor. Operators should also consider collaborating with their food service suppliers on strategies for dealing with what appears to be a long-term issue.

If you’re a Gordon Food Service customer, connect with your Customer Development Specialist about receiving Insider Info, a weekly commodity report to help you stay updated on the latest industry conditions.