Millennials will make up the majority of the workforce by 2025. Learn how to play to their strengths now to set your workforce up for future success.
Education, Running Your Business 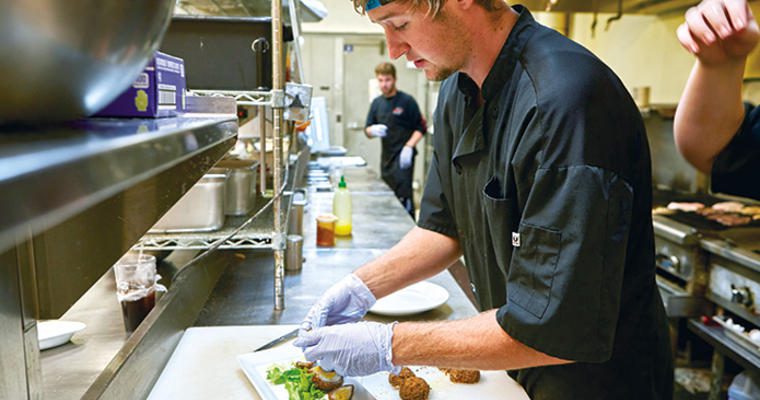 If you’re a baby boomer like me, you’ve spent most of the last 50+ years in a world oriented around your own likes and desires. Food is one obvious example—with the advent of McDonald’s, our generation discovered a taste for inexpensive food served quickly in a clean, comfortable atmosphere.

Restaurants modeled on this pattern popped up in every nook and cranny of the American landscape, feeding our appetite for choices our parents never had. It was another form of rebellion against the status quo, just as much as the antiwar and women’s liberation movements.

Boomers traveled far more extensively than previous generations, fueling a demand for more variety and authenticity in restaurant cuisine. We were constantly searching for the “next big thing” and chains fell in and out of favor with us as they chased fickle attentions. We also began focusing on the food-health connection, as government took on the mantle of big brother to warn us against the evils of sugar, salt, fat, cholesterol and carbs.

The idea that the government could tell us what to eat—and that we would listen—seems to fly in the face of our rebellious natures. But consistency was not our greatest strength. In addition to letting the government get more involved in our personal lives, we bought into a dictatorial leadership style in the workplace. “It’s my way or the highway” was the boss’ credo…and it led to a proliferation of “yes people.”

That’s the world we wrought. And it was pretty good to most of us. But it’s not the world of tomorrow.

The future belongs to millennials

Tomorrow is being written by the millennials, the first generation to rival boomers in terms of sheer numbers—especially now that demographers are saying that the next generation, Gen Y, shares millennial attitudes and behaviors. (Sorry, Gen X, you’ve been rendered demographically irrelevant.)

Born beginning in 1982, millennials will become the dominant consumer demographic in the 2020s. But they’re already making a huge impact on the way we live and work.

What does their influence mean for our industry? Let me start with what I’ve observed first-hand in my work with foodservice venues across the country. First, contrary to all-too-popular opinion, Millennials are not odd, reluctant to talk, overly demanding or unloyal.

What they are is fascinating, resourceful, empowered, team oriented, globally aware, community focused, health conscious and food intelligent. These traits are transforming foodservice every bit as dramatically Boomer behaviors did.

On the dining side, millennials are driven by a quest for knowledge and transparency. They don’t want to rely on a governmental dictate that something is “bad” for them—after all, the government has withdrawn or modified many of its food claims over the years. Instead, they want to know exactly how foods are grown, harvested, transported and processed so they can make their own informed decisions about what and how much to consume.

Millennials seek this same kind of openness in the workplace. They reject dictatorial leadership and embrace a participative model that values the individual perspectives and talents of each person on the work team. They don’t respond to leaders who set a goal and “beat” progress out of each employee—instead, they want leaders to strategically move forward by utilizing the combined expertise of the team, and to coach the team to stay on the path.

This approach requires leaders to share information about the business as much and as often as possible. The transparency helps focus and engage employees, and encourages collaboration along the cultural lines of the organization.

The quest for knowledge is a lifelong commitment for millennials. The concept of a school degree as the end of personal and professional development makes no sense to them. They expect employers to provide development opportunities throughout their careers.

They also expect their employers to make them proud. Their passion for community and sustainability is real and deep—and they want to work for businesses that have a positive effect on the community and the planet. They’re choosing employers who are not only successful but also meaningful to society.

Millennials will comprise one-half of all employees by 2020 and three-quarters of all employees just five years later. So it’s vitally important for operators to reorient their businesses around these millennial likes and desires—just as the world reshaped itself to accommodate boomers years ago.

Innovative operators are evolving their leadership styles to meet millennial needs right now, positioning themselves for greater success in the coming decades. It’s time for you to do the same.