With quality cooks at a premium, it’s smart to have a development plan to recruit and retain talent.
Running Your Business 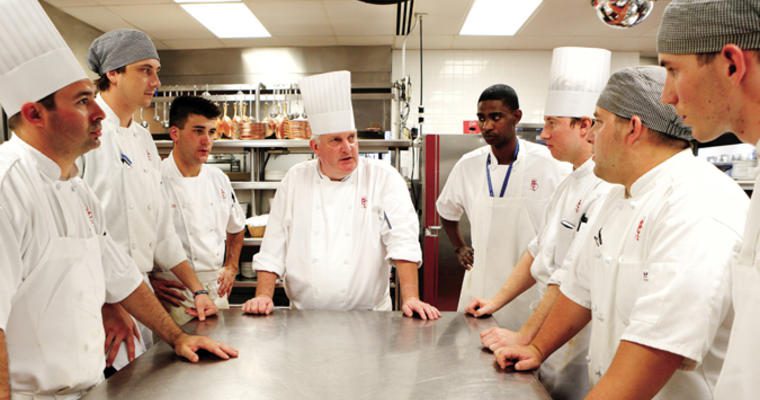 Just as the recent recession robbed the restaurant industry of customers, the recovery is taking a toll on skilled kitchen workers. There is a shortage of quality cooks—those who can slice, dice, cost out a recipe and labor in obscurity for long hours in a hot, cramped kitchen.

A continued increase in dining out is fueling the demand for talented chefs. According to the National Restaurant Association, restaurant sales grew 3.8 percent in 2015—almost $710 billion—marking the sixth consecutive year of positive growth.

The staffing problem is most acute in New York, San Francisco, and other big cities, says Peter Lehmuller, Dean of the College of Culinary Arts at Johnson & Wales University in Providence, Rhode Island. But a strong economy will have a ripple effect in other cities as well.

One more reason for the shortage: Unrealistic expectations of a career in a restaurant kitchen. “Long hours, a high-stress environment, the temperature tends to be hot—not many people can endure such a harsh working environment,” says David Koshizawa, a chef-instructor at the Art Institute of Michigan in Novi and a chef at a Japanese restaurant in Canton, Michigan.

Koshizawa says his students don’t understand that hard work and dedication precede success, and he blames the Food Network and other cooking channels. TV shows “make cooking seem easy and flawless,” he says.

The shortage creates other problems. To start, restaurateurs are spending more time recruiting. And wages are becoming a more important selling point. In late March, California announced a landmark deal between lawmakers and union leaders to increase the state’s minimum wage to $15 an hour by 2022. The move by California, is part of a growing tide of wage increases initiated in other states and municipalities.

For many restaurants, the result is staffing cuts to keep costs and menu pricing in line. Understaffed kitchens also result in retooling menus and schedules to make sure the dining experience meets customers’ expectations.

TJ Chumps, with four midscale, full-service restaurants in Ohio, has removed labor-intensive systems to cope with the crisis, says Corporate Managing Partner Blake Wright. These days, the company buys sliced and shredded cheese and ready-chopped produce rather than prepping from raw. It has also scaled the menu from 60 to 40 items.

TJ Chumps has addressed the pay issue by using a scale that shows workers what steps they must take to earn raises and progress from dishwasher to kitchen manager. Raises are based on a profit-share system: “The more money they are able to make (for) the business because of their skill set, the more money the business can give them,” Wright says.

By all indications, the shortage will get worse before it gets better: The U.S. Bureau of Labor Statistics forecasts a 352.1-percent jump in the number of job openings—due to market growth and attrition—for restaurant cooks and foodservice workers in the decade 2012-2022. Overall, Lehmuller believes it’s up to restaurateurs to invest more effort into recruiting and training.

“If you think of employees as a cost only, you will bang your head against the wall,” Lehmuller says. “If you look at employees as an asset that helps achieve business goals, that should be recruited, trained, and developed, you see a more successful business.”

Recruiting. Run ads, look on Craigslist.com, ask staff for referrals, and post jobs on social media. According to a 2015 recruiting survey by Jobvite, a producer of recruiting software, 30 percent of those who seek jobs via social media are between ages 18 and 29, the prime demographic for kitchen jobs.

Training. Develop a formal training path, even if it’s a just written outline showing what new workers will achieve by what date.

Retaining. Sketching a career path for new hires is critical. Encourage them to take classes and develop new skills, and reward them with incremental pay increases—10 or 20 cents an hour.