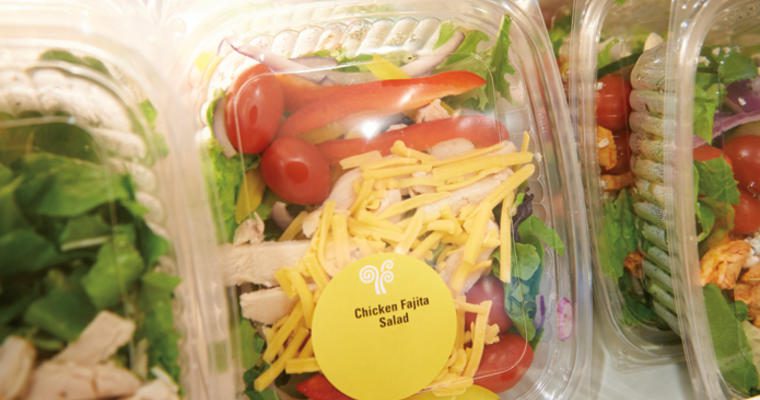 Hospitals across the country are searching for healthier retail options in response to healthcare reform that urges improved quality and decreased cost, and an industry push for healthcare organizations to act as an example toward preventative wellness.

How Healthcare Food Service Operators Can Get Started

Healthy food isn’t only about taking away; it’s about adding, Hinton says. The big buzz is around “superfoods,” those that pack a significant nutritional punch for their calories. Berries and fruits in general are superfoods, as is dark chocolate that’s at least 70 percent cocoa. So are dark-green leafy vegetables such as kale and spinach, and high-fat fish such as mackerel, sardines, and wild-caught salmon.

For food service operators, the key is to reduce sodium, fats, and simple carbohydrates while keeping—and even boosting—flavor. At Mansfield Hospital, part of MedCentral Health System, Café 335’s hot entrées boast the same nutritional guidelines as patient meals, including a sodium level no higher than 500 milligrams per serving. Beef lo mein, stuffed pork chops, and, for vegans, a stuffed portobello mushroom are among the dishes that appear on both patient trays and the café menu. The 200-seat cafeteria got rid of its deep-fryers five years ago, before embarking on a renovation, explains Jill Bachelder, Manager of Food and Nutrition at the acute-care facility, licensed for 350 beds. When the remodeled facility opened, Bachelder didn’t replace the fryers. Bachelder’s menu tricks include adding lots of herbs and seasonings, working with skinless chicken breasts, and using ground turkey instead of hamburger in some dishes.

Portion control can work wonders, too. Bachelder has reduced dessert portions to match what patients receive—e.g., a tiny slice of cake or pie or a single ice-cream bar or fruit bar. She also portions fresh fruit and vegetables in single-serving cups and sells them for $1 in order to help customers meet the “five-a-day” requirement suggested by nutritional guidelines.

One idea that has caught on is to use highly flavored ingredients in small portions, says Gordon Food Service Non-commercial Marketing Specialist Nancy Geik, RD.

“Blue cheese, extra-sharp cheddar, Parmesan, sesame oil, red-pepper flakes, lemon zest, balsamic vinegar,” Geik says, rattling off ingredients. “If you use these, you don’t have to use a lot of them.”

Geik notes that author and dietitian Ellie Krieger advocates using high-quality ingredients—for instance Greek yogurt lightly laced with mayonnaise, instead of sour cream—in the same fashion. As for meat, Geik calls it a “condiment” rather than the main flavor.

All recommend posting basic nutritional information—calorie, fat, sodium, and carbohydrate content of dishes—on the menu or a video screen, or making them available on request.

Not every healthful ploy works. Bachelder says a trial of low-sodium bacon “flopped” so badly that she now offers bacon, but only four times a week instead of seven. She suggests that turkey and low-sodium pork sausage can also satisfy customers’ cravings for breakfast meats.

There’s a lesson in that: You can’t force healthy on customers. The better idea: Stealth-market healthful options to customers.

One trick: Rearrange foods. Geik says one of her hospital clients has redone the salad bar so that fresh fruits and vegetables are up front and higher-fat items, such as pasta salad and potato salad, are near the back. That same hospital offers indulgent chips and snacks, but they’re displayed above or below eye level, while healthier, whole-grain baked chips get the prime eye-level spot. Bowls of fruit, not cookies and brownies, are placed near the cash register, where many customers make impulse buys.

Another trick: Don’t go overboard. “If it’s too healthy, you’ll lose the sale,” Hinton says. “Retail is about selling.”