The Evolution of Global Cuisine

Flavor mash-ups from around the world are a flavor-forward approach to menu differentiation.
Culinary Ideas 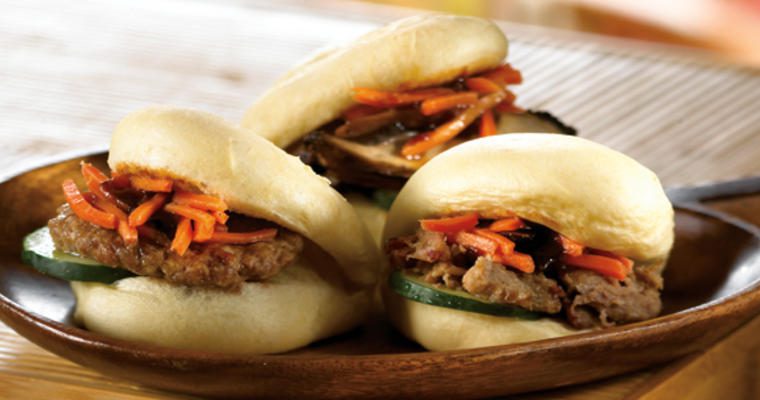 Belly Shack, a casual restaurant under the Blue-Line El tracks in Chicago, offers several iconic Windy City foods, among them a hot dog, a hot-beef sandwich, and fries.

“These flavors jive, they go well together—how can we incorporate them?” says Kim, who cooked at Le Lan, a fine-dining Asian restaurant in Chicago. Kim, who is of Korean heritage, hasn’t limited his creativity to Korean-American blendings. Belly Shack also pays homage to his Puerto Rican wife’s culinary heritage with a sandwich that pairs Asian and Latin flavors—black beans, tofu, and brown rice are piled on fried plantains instead of bread.

Kim is one of the pioneers of the next food trend of global flavors on restaurant menus: Marrying the signature flavors and ingredients of international cuisines to create an entirely different world of tastes.

They might sound the same, but these mash-ups aren’t quite like the fusion cuisine of the 1980’s and 1990’s. Those culinary endeavors, usually on a fine-dining scale, tended to pair French cooking techniques with ingredients from other cuisines—and the high-priced, skimpily portioned, and sometimes ill-conceived results left a virtual, if not literal, bad taste in diners’ mouths. Today’s mash-ups pair earthier cuisines on a more affordable, more accessible scale.

Roy Choi, inventor of the popular and oft-copied Kogi Taco—Korean barbecue nestled in a taco shell and served off a food truck in Los Angeles, says mash-ups like his are a simple idea whose time has come. “I don’t know of anyone who doesn’t like a taco or Korean barbecue,” he says, adding the two are “like music in stereo.” Marrying the two cuisines, he adds, created a third entity that has defied classification. “It just became a delicious thing,” Choi says.

While cuisine mash-ups are the trend-forward approach to global cuisine, they certainly aren’t the only way to add international flair to menus. Three cuisines—Italian, Mexican, and Chinese—are so familiar to American palates that they’re ripe for a little creativity. Mary Chapman, Director of Product Innovation for the Chicago based research firm Technomic, Inc., thinks that makes sense: “We know them, we grew up with them,” she says of the top three global cuisines.

What most struck Chapman about Technomic’s research is that people who dine out frequently (so-called “heavy users”) are more likely to say they want new global flavors, but are also most likely to order established international fare—say, spaghetti and meatballs, a burrito, or chop suey. “Diners like to eat the same thing they’ve always eaten,” she says.

For that reason, Chapman says diners are more likely to accept international flavors in a familiar form—say, Moroccan spices on a pizza (à la California Pizza Kitchen) or, as Choi has discovered, Korean barbeque in a taco shell. “It’ll be based on something safe, something we understand now,” she says.

For food service operators, this acceptance means opportunity—to explore regional and less-familiar variations on the three top cuisines, as well as try a fresher approach.

For a prime example, look to Hayden’s Baja Fish Tacos. Instead of the meat-and-cheese-laden tacos you might find at a typical Mexican or Tex-Mex restaurant, these feature fried whitefish, sauce, and shredded cabbage rolled into a soft corn tortilla. Another good example is Italian fare that moves beyond meatballs—into roasted vegetables, woodfire-oven preparations, and even flatbreads topped with fresh salads.

As for Asian, Hayden cites ShopHouse, the new concept by Chipotle founder Steve Ells, as more than promising. Like Chipotle, the ShopHouse menu offers custom-built meals, starting with rice or noodles topped with protein (including artisanal tofu) and finished with wok-cooked vegetables (eggplant, blackened corn, long beans), Asian-inspired sauces, and fresh herb toppings. The bowls and toppings aren’t American, but neither are they strictly Asian, she points out.

Central and South American cuisine are a virtual melting pot of tropical and earthy flavors. Many of the countries all use some of the same basic ingredients, but differ subtly, to make each their own cuisine. Using inexpensive cuts of protein for traditional dishes, while employing slow cooking methods to make them tender, as a basis for their main course. The use of locally farmed vegetables and herbs are the ingredients that set each country apart.

As Americans hunger for more globally inspired food, it may not be long before other Latin American menu offerings begin popping up in mainstream dining.

Like food service researchers, chefs view diners’ acceptance of basic international fare as an opportunity to dig deeper into the subtleties of each cuisine. “There’s a lot more regionality going on, especially with Italian food,” says Todd Downs, a chef and owner of Food Sense, a food consulting business based in Fort Wayne, Indiana.

One example is Liguria, known for its pestos, “and not just basil pesto—pesto with olives,” Downs explains. “That’s a flavor that’s already commonplace. Now you can take it and offer up fresh variety.”

Downs sees the same food trend in Asian cuisine, as operators search farther than China and further than chop suey. “There are more references to Vietnamese, Thai, Singaporean,” he says. Bánh mì, the flavor-forward, French-influenced Vietnamese sandwich of pickled vegetables, mayonnaise, meat, and fresh herbs built on a baguette, is particularly coming on strong.

Gordon Food Service Corporate Consulting Chef Gerry Ludwig, CEC, agrees, calling the Bánh mì possibly the country’s next “hot” sandwich, precisely for its versatility. “If you’re doing a Bánh mì on a baguette, there’s no reason you couldn’t have stir-fry steak or a fish fillet as the meat element,” he says. The same approach, Ludwig suggests, could be applied to the torta, a Mexican sandwich built on a soft bun called a bolillo: a burger with poblano peppers and salsa could be a credible and tasty Mexican mash-up.

In fact, Ludwig argues, it’s actually a good idea for midscale operators to avoid duplicating international cuisines, spice for spice, ingredient for ingredient. “The experts will be able to do it better than you,” he says. Instead, operators would be wise to view the mash-up food trend as “an opportunity to do something fresh, flavorful, and different from the competition.”

Successful cuisine marriages share common flavors and ingredients, Ludwig points out. The best example is Asian and Mexican, both of which use citrus (lime in particular), cilantro, chilies, and rice, as well as chicken, seafood, beef, and other protein staples. Such a mash-up is very cost-effective, as operators need only invest in spices and sauces, not unique, expensive ingredients.

Indeed, familiar base ingredients are key, Kim says. The whole reason why his mash-up menus at Belly Shack and Urban Belly work is that both serve “what people understand and what they like to eat,” he says. “They don’t know why mango and chicken in a spicy broth works, but they know it works.”

Choi believes all flavors can join forces, as long as the chefs cooking them follow basic principles. “Many times, the basic principles are the same in cooking—vegetables and fat to create the base of flavors, seasoning, slow cooking, fresh herbs, indirect heat, high heat,” he says, rattling off the foundation of cooking in any cuisines. “It’s just that the ingredients are different.”

With those basics in place, he encourages chefs to start cooking and stop worrying. World cuisine, Choi points out, is already a mash-up: “Ingredients from Africa and Asia defined foods in the Americas,” he says. “It’s not about the cuisines matching up; it’s about the people taking a chance and not worrying about messing up.”