Food from the Pacific islands has been part of American culture for centuries.
Culinary Ideas 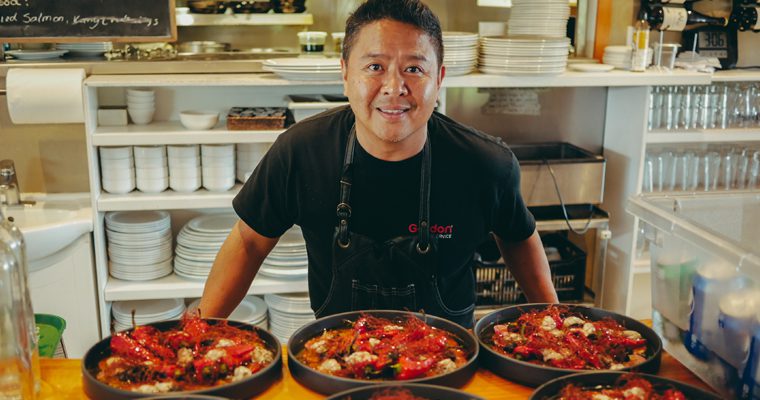 Filipino American History Month is celebrated in October each year. It commemorates the first recorded presence of Filipinos in the continental United States at what is now Morro Bay, California.

Today, we celebrate Filipino cuisine as part of the rich culture and tradition passed down through the generations. While each region of the Philippines brings unique foods and flavor profiles, it is the concept of bold flavors that unites the country’s multi-cultural influence.

Authentic Filipino cuisine includes Chinese, Spanish and American influences. It is known for a balance of sweet, sour and salty, as well as a combination of textures. An authentic meal often includes something braised and fried, and a side of plain or garlic-fried rice.

Filipino cooking is the original fusion cuisine, with its mix of influences from Chinese, Malay and Spanish cooking. One key trademark is its heady combination of sweet (tamis), sour (asim) and salty (alat.)

Pockets of Filipino influence can be found in large cities. Los Angeles has Historic Filipinotown near downtown, one of six designated Pacific Islander neighborhoods in the city. You can bring a taste of the Philippines to your table by serving this authentic theme meal created by one of our chefs.

Chef Michael Viloria started his culinary career as a dishwasher nearly 40 years ago.

He earned his Red Seal certificate in 1992.

Today he serves as a Culinary Specialist with Gordon Food Service in Delta, British Columbia.

He provides a recipe traditionally done as a stir fry. As a chef, he adds a creative twist and likes to incorporate Filipino flavors and various techniques. With this recipe, he was inspired by his father’s love for barbecue and his mother’s family traditions.

Video: See how the Cantaloupe Cooler is made.