This Japanese-style sandwich is trending thanks to craveable menu twists.
Culinary Ideas 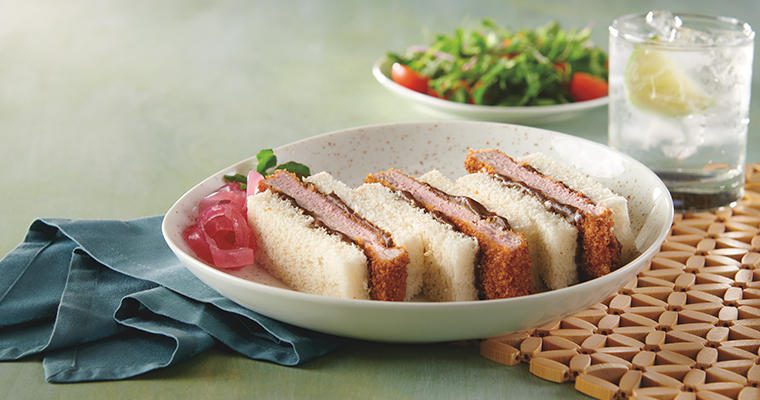 The katsu sando is a Japanese sandwich primed for success. On our most recent research tour, we spotted a number of fantastic renditions. It’s clear validation of the opportunity to create menu differentiation with a signature sando.

Classically, the katsu sando is a thin, breaded and deep-fried meat cutlet placed between milk bread (similar to a Pullman loaf). The crusts are removed and the sandwich is cut into equal-size squares or rectangles.

Driving interest in this Japanese import are some delicious examples:

Katsu Sando is part of a larger category known as conbini, which in Japanese translates to “convenience store” and can be any type of hot or cold sandwich built on milk bread and trimmed of crust and cut into pieces.

Katsu sando falls within the conbini category, and we think the larger category holds potential. A tiny storefront restaurant in Los Angeles called Konbi has people lined up to get these sandwiches. They serve four varieties, each cut into three oblong pieces that fit perfectly into a custom design to-go box: