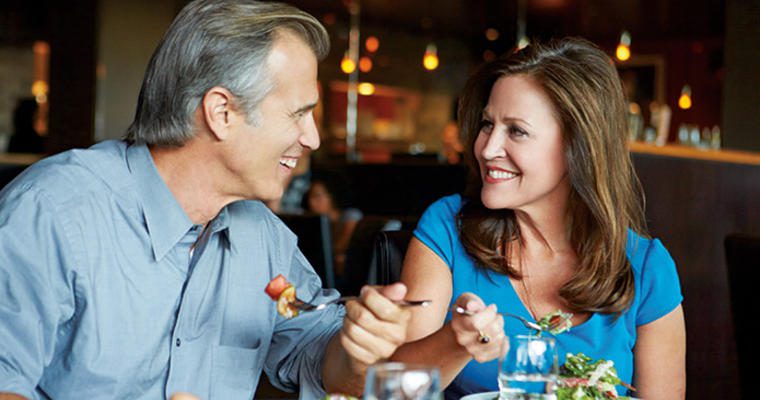 Making up 26 percent of the total U.S. population, and harnessing $2.1 trillion in spending power, this generation is one you can’t afford to miss.

Though not typically adventurous eaters, boomers tend to favor traditional beef, pork, and seafood dishes on restaurant foodservice operation menus. But that doesn’t mean that these dishes have to be bland or boring. Amp up the flavor on your menu with these favorites:

Ranch and Caesar dressings. These classic dressings are a can’t-miss opportunity on your menu. Whether using them to top traditional house or Caesar salads, or using them to top a signature house creation, it’s the creamy, familiar flavors that boomers crave. You can even use them to marinade poultry dishes, or make your own homemade version of these dressings to serve on your menu.

Hot sauce, buffalo wing sauce. From macaroni and cheese and bar-style wings, to chicken meatballs and turkey burgers, the possibilities to add hot sauces, or buffalo wing sauces to your menu are endless. Serve up buffalo chicken meatballs with a ranch dressing dipping cup and you’ll not only be offering a bold, flavorful dish, you’ll be marrying two boomer favorites in one.

Herbal, savory seasonings. Seasonings can add a depth of flavor to your dish, whether it’s a traditional meatloaf, salmon, or a plate of warm fries. From rosemary, dill, tarragon, oregano, or any other herb seasoning, adding a savory note to a variety of dishes can create a craveable flavor that boomers love.

Jalapeno, chipotle peppers. Jalapenos and their smoke-dried variation, the chipotle pepper, may owe their rise to popularity with baby boomers due to the love of barbecue – everything from ribs to the addition of barbecue sauces on burgers, sandwiches, and even pizzas. Technomic Inc. found that chipotle alone appeared on menus 82 percent of the time over the course of 2013, with this trend only expected to rise over the next few years.

Tangy Asian flavors. Teriyaki, sesame ginger, sweet and sour, and even spicy Sriracha can be added to a variety of dishes to suit the boomers’ craving for tangy Asian flavors on restaurant foodservice operation menus. From salad dressings to marinades, the ability to add Asian-inspired flavors to your dishes open up a wide world of possibilities.

More than 69 percent of baby boomers say that they would be happy to eat burgers and pizza once every 90 days, according to Technomic, Inc. But their favorite foods are far from constricted to these two, below are the foods they would be happy to order regularly, and the percentage of boomers who would do so:

While boomers are the traditional meat-and-potato lovers, their tastes are anything but boring. Use a variety of savory herbs and bold spices to amp up the dishes on your menu, and offer an infusion of healthy salads, and you’re sure to create something that boomers will not only love, they’ll crave.