The ABCs of NaCl 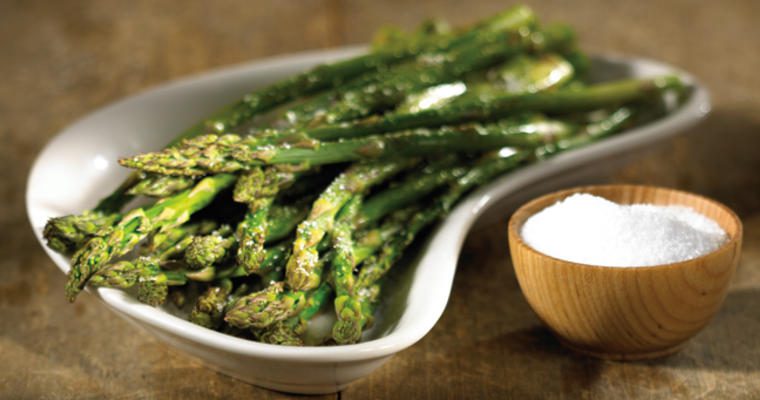 For years, Americans have had a love-hate relationship with the mineral compound NaCl, more commonly known as table salt. We love to add salt when a dish needs a little something extra to enhance the flavor. Salt is also commonly added to many ingredients as a preservative that extends shelf life. However, when used in excess, salt can also quickly overpower a dish by making foods taste “salty.” In addition, excess salt can have detrimental effects on health, according to many sources, including the government.

So How Much Salt is Just Right for Your Health and Your Cuisine?

According to the Dietary Guidelines for Americans, the recommended sodium intake is 1,500 to 2,300 mg. per day, depending on age and other factors, such as race. These guidelines are issued jointly by the Department of Agriculture and the Department of Health and Human Services; updated and released every five years, they are the cornerstone of federal nutrition policy and nutrition-education activities.

Are they feasible? On average, Americans consume 3,400 mg. of salt per day, making the recommendation tough to achieve, especially considering our high intake of processed foods.

Sodium intake in the American diet has been under the microscope for years and has attracted still more scrutiny because of the obesity epidemic. Obesity can increase the risk of other health-related conditions, such as hypertension, which can be worsened by high intakes of sodium and is a risk factor associated with heart attacks, stroke, and cardiovascular disease. Salt (sodium) is essential for us to function, as it controls blood pressure and volume, pH levels, and is needed for muscles and nerves to work properly. Too much salt in the blood draws in water, which increases the volume of blood in the body and raises blood pressure. Excess sodium levels account for that “swollen” feeling that salt-sensitive individuals experience.

The U.S. government, which spends billions of dollars each year treating obesity and other diseases, has the Federal Drug Administration (FDA) ready to issue guidelines on recommended sodium levels in foods to the food industry.

The FDA aims to lower Americans’ consumption of sodium by targeting foods sold in retail establishments and restaurants. The goal is to achieve a gradual reduction in sodium over time so consumers can adjust to changes in taste and companies can reformulate their products.

The National Restaurant Association (NRA) supports voluntary measures that reduce sodium consumption incrementally, is working with restaurants and advocating for consumer education. The NRA says the top sources of sodium in the adult diet from restaurants are:

Processed foods are not the only dishes in which sodium appears; it can be present organically in foods as well. Celery, asparagus, barley, red cabbage, milk, and egg yolks among others, contain sodium but are usually not linked to health issues like products to which sodium is added.

So how can you help customers make sense of all this when they dine out?

Know what you’re serving. Have your menu and recipes nutritionally analyzed. Be familiar with the sodium content of the products you purchase and the items you produce.

Make the information available to customers. Display information about sodium content on your menu or have it available on request and let customers be in control of their dining experience.

Train your staff. Teach your kitchen staff about sodium levels in your recipes and the products you use so they can make informed adjustments if customers request them. Educate servers so they can communicate accurate information to customers.

Explore options. If you purchase foods that are typically high in sodium, such as broths, sauces, and seasonings, consider replacing them with lower-sodium versions, creating some from scratch, or using more herbs and spices. Sea salt is also an option; many prefer it because it’s considered “all natural” and not processed like table salt, and because of its coarse texture and stronger flavor. However, it has a saltier taste with just as much sodium as table salt. Do not replace table salt with equal amounts of sea salt. Instead, use a smaller amount of sea salt as a finishing salt to reap the benefits of its texture and stronger flavor profile.

Keep in mind that reducing the amount of salt in your recipes will alter their flavor. In some cases, flavors that were overpowered by salt will come to the forefront and the dish will shine in a different way. In others, you may need to kick up other flavors. Involve your staff when revising recipes and have samples of new recipes to gain opinions and approval. Then you will truly know how much salt is just right.